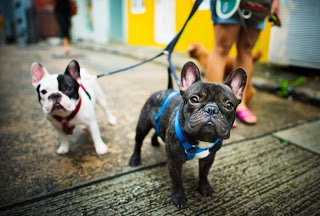 If you ask most people, they’re likely to agree that having pets is a great thing. Not only are animals loyal and playful, but they’re just a lot of fun to have around and they really bring a certain energy and joy to a home, especially one that’s filled with a family.

However, having a pet is a big responsibility that too many people simply underestimate, so it’s important that you really think your decision through before getting a pet since a lot of animals end up homeless or in shelters where they’re often killed after someone decided on a whim that it would be cute or fun to get a puppy or kitten and then realize that they’re actually totally un-equipped for life as a pet owner and can’t manage the responsibility of one.

So, in order to hopefully prevent further tragedies like those mentioned above, then in this post, we’re going to share with you some things to consider before getting a pet.

If you actually want one:

This may sound a bit crazy at first, but especially where children involved or one person likes the idea of a pet more than the other, then there can be a bit of pressure involved, and whilst it’s always good to have some level of compromise in family decisions that don’t just involve you, it’s also not responsible to agree to get a pet just because that’s what someone else wants – yes, even when that someone is your child. In fact, often that’s even less of a reason because you’re likely going to end up caring for the pet and could feel resentful, so it’s important to make sure that you really do want a pet for the right reasons and aren’t just backing down for the sake of pleasing others.

If you have the time:

Pets are a big commitment, so if you have a busy life such as work and an active social life, then it’s really worth evaluating whether or not you actually have the time for a pet or not since this can mean that they’ll be on their own a lot and this really isn’t good for them since they do need a lot of attention and care.

If you can afford it:

Many people seem to massively underestimate just how expensive pets are, but this is definitely something you should be taking into consideration before getting one. Even when adopting a pet, you’re going to have to pay for things like burns dog food, toys, vet bills, insurance and just other costs that may crop up from time to time, so it’s really worth seeing if you can afford it because it’s not fair to a pet to get one if you’re barely able to take care of yourself.

If your lifestyle is suitable:

Just like having time is something you’re going to need when you have a pet, your lifestyle also has to be suitable. For example, if you’re someone who has to travel for work a lot or simply enjoy traveling, then it’s really not going to be fair to keep a pet.